DRF Luftrettung based in Filderstadt is one of the largest and most experienced air rescue organisations in Europe, At its 29 bases in Germany, DRF Luftrettung operates helicopters for emergency rescue and for urgent transport of intensive care patients between hospitals. Crews are on standby around

Saving lives at the highest level

–    Operates around 50 helicopters and two Learjet 35A aircraft

–    Co-funded by supporting members and donors

Saving. People’s. Lives.​ Having carried out its first mission in 1973, DRF Luftrettung exists to provide the fastest possible emergency rescue and intensive care transport by helicopter and ambulance aircraft. The non-profit organisation aims to ensure optimum patient care and its purpose includes continuously improving air rescue, because in an emergency, rapid airborne assistance that meets the latest standards saves lives and increases the chances of patients making a good recovery in the long term after an accident or illness.

At its 29 bases in Germany, DRF Luftrettung operates helicopters for emergency rescue and for urgent transport of intensive care patients between hospitals. Crews are on standby around the clock at eleven of these bases and four bases have helicopters equipped with rescue hoists for missions in difficult terrain. 190 pilots, 480 emergency physicians, 190 emergency paramedics and 160 technicians work for DRF Luftrettung.

In emergency rescue operations, the DRF Luftrettung helicopters transport emergency physicians to the scene at unbeatable speeds, reaching deployment destinations within a 60 km radius in a maximum of 15 minutes’ flying time. After receiving emergency medical care on the ground, around a third of all emergency patients are flown to a hospital on board the helicopter. During their emergency rescue missions, the DRF Luftrettung crews use various special techniques, including mechanical resuscitation devices and blood products. The most common suspected diagnoses in emergency rescues include cardiovascular problems and accidents.

Another important task of the helicopters and their high-tech equipment is rapid and gentle transport between hospitals. The helicopters are equipped like flying intensive care units for this purpose and the medical team has many years of comprehensive experience and training in intensive care medicine. The crews regularly carry out highly challenging special transport missions in this regard, such as with an incubator or mobile heart-lung machine.

DRF Luftrettung organises the repatriation of seriously ill or injured patients from abroad using its two Learjet 35A aircraft with ultra-modern equipment, helicopters, regular scheduled flights in a sitting/lying position or a ground-based ambulance service, depending on the urgency and circumstances. The transport is organised by experienced mission coordinators in DRF Luftrettung’s alert center at the Operation Center at Karlsruhe/Baden-Baden Airport. Their services also include bed-to-bed care. They can be reached around the clock, 365 days a year and the Learjets can be in the air within two hours.

DRF Luftrettung has many years of comprehensive aviation experience, in particular with challenging procedures such as hoist rescue, take-off and landing in built-up areas, missions in alpine terrain or offshore. Eleven bases are on standby around the clock and the organisation has outstanding experience in night-time air rescue, having the most flight hours in darkness of all the civil operators in Europe. The organisation has undertaken many years of pioneering work in the use of night-vision goggles in particular – across Germany and Europe – and continues to do so. Four bases operate helicopters with rescue hoists, which enable seriously injured or ill patients to be rescued from terrain that is difficult to access. In 2004, DRF Luftrettung was the first air rescue organisation in Germany to become an Approved Training Organisation (ATO). Since then, internal and external helicopter pilots have been able to receive intensive training from DRF Luftrettung flight instructors and they can obtain certification for various helicopter types. Training is also provided for the use of night-vision goggles, for example, or for instrument flights. The DRF Luftrettung Academy is responsible for organising the training.

The aim of DRF Luftrettung is to ensure the best possible care for the benefit of its patients. To this end, DRF Luftrettung continuously develops the state-of-the-art medical technology used in its aircraft and the techniques that are employed. The emergency physicians and paramedics/HEMS-TC (helicopter emergency medical service technical crew members) who work for DRF Luftrettung have many years of comprehensive experience in emergency and intensive care medicine. They also conduct highly challenging specialist medical transport operations competently by day and night, such as with the mobile heart-lung machine. To comply with the high quality standards, the specialist medical staff undergo regular training as part of their continuous development.

DRF Luftrettung participates in studies and professional events and supports innovative projects in the fields of intensive and emergency medicine. The aim is to actively drive medical innovations by sharing expertise with other organisations and institutions.

DRF Luftrettung has many years of experience in the maintenance of helicopters and ambulance aircraft. The Operation Center at Karlsruhe/Baden-Baden Airport is home to the technical service. With 15 maintenance docks and the adjoining workshops, the hangar spaces provide the optimum conditions for aircraft mechanics and avionics technicians to carry out the inspection and maintenance work that is needed. Technical innovations such as helicopter modifications can be implemented and approved in the development workshop, based on the approvals from the EASA (European Aviation Safety Agency). Mobile maintenance teams travel all over the country to quickly and flexibly conduct smaller inspections, perform maintenance work or resolve sudden faults on the mission helicopters and aircraft. This ensures maximum operational readiness. With its maintenance service, DRF Luftrettung is an attractive employer and accredited training centre in the Karlsruhe/Baden-Baden area. Avionics technicians and aircraft mechanics, for example, are trained here with the prospect of subsequent employment.

DRF Luftrettung consistently drives development in air rescue in its three core areas of medicine, flight operations and technology. Examples include equipping two helicopters with blood and plasma products, following the next-best strategy which can further speed up care for emergency patients, or the ‘Point in Space’ project, which aims to enable aircraft to approach hospitals even in poor visibility. Another example is the introduction of the H145 with five-bladed rotor, which began at the end of 2020 with the first delivery. DRF Luftrettung is the first air rescue organisation in Germany to use the five-bladed rotor. The advantages of the new technology include a higher payload during missions and a hingeless rotor head, which provides greater flight comfort and reduces maintenance work.

In addition DRF Luftrettung and manufacturer Reiser Simulation and Training are planning to launch an ultra-modern Helicopter Hoist Operation Simulator in spring 2023. It will elevate the training options for helicopter hoist operation to a new level. The simulator, which is based on augmented reality, enables highly professional hoist manoeuvre training for hoist operators and pilots – from standard procedures to emergency ones. Other new features include the extremely convenient option of mobile use as well as a possibility to connect it to the Reiser Full Flight Simulator Level D.

Tailored training and development at the DRF Luftrettung Academy

The DRF Luftrettung Academy was established in 2018 to offer practice-relevant training delivered by experienced instructors in the core areas of medicine, flight operations and technology. The courses cover areas such as intensive care transport, simulator training​or even type ratings for pilots and technicians. The academy offers around 50 training courses a year, which are also open to external participants. A cooperation with Lufthansa Aviation Training (LAT) has been running since 2019 for pilot training and development, and since September 2020, pilots from DRF Luftrettung have been training on the state-of-the-art full-flight simulator level D. This can be configured for helicopter types H145 and H135 (from 2021 onwards). Flight instructors from DRF Luftrettung can also be used for external customer training.

Unlike ground-based emergency services, DRF Luftrettung bills its missions based on the flight minutes provided. This means that the rescue helicopter has a cost advantage for shorter mission distances in particular. The health insurance companies only cover the costs that relate to the statutory services. When it comes to investment in modernising the fleet, advanced training and new medical equipment, DRF Luftrettung sometimes has to pay for this itself or make expensive advance payments.

The supporting members and donors of DRF e. V. therefore make a crucial contribution to funding the life-saving work. A membership gives those who travel abroad the assurance that they will be transported to a German hospital by DRF Luftrettung for free if a doctor deems it necessary in a medical emergency. The high costs for such ambulance flights to Germany from abroad are not covered by statutory health insurance schemes. DRF e.V. can already count on the generosity of well over 400,000 members.

Funds are also raised by offering spare capacity, such as in the hangar, to corporate clients.

DRF Luftrettung and its subsidiaries

The Austrian organisation ARA Flugrettung, with two bases, has been part of DRF Luftrettung since 2001, with NHC Northern Helicopter – which performs air and water rescue from three bases – joining in 2019. DRF Luftrettung also has a stake in the Swiss AAA Alpine Air Ambulance, which operates two air rescue bases. DRF Luftrettung and its subsidiaries carried out a total of 41,302 missions in 2021. 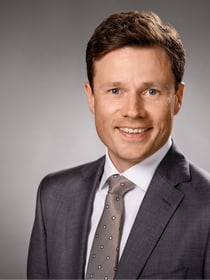