Northern Helicopter GmbH, Emden Airport, has been engaged in ambulance and intensive care transport by helicopter for more than 25 years. NHC took over the ambulance helicopter service from the East Frisian Islands to the mainland in 2008, in 2022 research aviation was added.

In 2011 Northern Helicopter GmbH was the very first company to develop an integrated medical rescue concept for offshore sites. Together with experienced partners, it has successfully established itself in the market since then under the name WINDEAcare. To guarantee short rescue flights to the North Sea wind farms, a rescue helicopter was transferred to St. Peter-Ording in 2014. It is on standby around the clock and guarantees first aid in emergencies in the  Exclusive Economic Zone in the German Bight. Since January 2018, a second offshore rescue helicopter has been in service 24/7 at Güttin airfield on the island of Rügen. The helicopter is used for rescue and medical care for the wind farms off the coast of Mecklenburg-West Pomerania. NHC Northern Helicopter has specialised in acute and emergency medical care for and transport of injured and sick people on offshore wind farms.

The helicopters used are equipped with modern emergency medical apparatus for monitoring patients, such as respirators, mobile ultrasounds, and monitoring devices. These devices go beyond the required DIN EN 13718 standard.

Northern Helicopter GmbH has been conducting patient transports with ambulance helicopters from the East Frisian Islands to the mainland hospitals and clinics since 2008. Thanks to the ambulance helicopter of NHC Northern Helicopter, sick islanders and tourists are flown as quickly as possible to the nearest clinic and are given specialized medical and competent treatment there.

The East Frisian Islands are largely subject to tides and thus inaccessible by ship for many hours a day. Sick or injured individuals depend on quick assistance by helicopter transport in emergencies.

Northern Helicopter GmbH has been active in research aviation for the Alfred Wegener Institute, Helmholtz Centre for Polar and Marine Research (AWI) since 2022. On behalf of the Laeisz shipping company, NHC Northern Helicopter operates two helicopters on the research vessel of the Federal Republic of Germany Polarstern, provides the flying crew for the expeditions to Arctic and Antarctic regions and ensures the airworthiness of the helicopters. For the maintenance and technical operation of the machines during the expeditions, NHC Northern Helicopter has contracted the maintenance operation of its shareholder DRF Stiftung Luftrettung gemeinnützige AG in Rheinmünster.

In addition to offshore rescue and ambulance services, Northern Helicopter GmbH also offers its clients services that are tailored to their special requirements, needs, and wishes. The experienced company accepts individual air transport requests and also makes photo and film flights, for example. 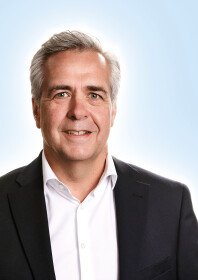